I have been to hundreds of concerts in my, sort of short life until now, but very few of them were as awesome, heartwarming and breathtaking as Feine Sahne Fischfilets!

Support acts
Not on Tour (Punk)
I just want to take a minute to talk about one of the most incredible support acts I have seen in a while! This is a Punk Rock band, coming from Israel with an energetic woman as a lead singer and lyrics about all kinds of trouble happening in the middle east we all tend to “forget”, or better said, ignore. She made moving speeches about freedom and not wanting to run away, but to fix all that needs fixing! It was touching!
Not on Tour went perfectly with FSFF, so cudos to all of them. Well done!
Check out their music on Spotify:
Not on Tour 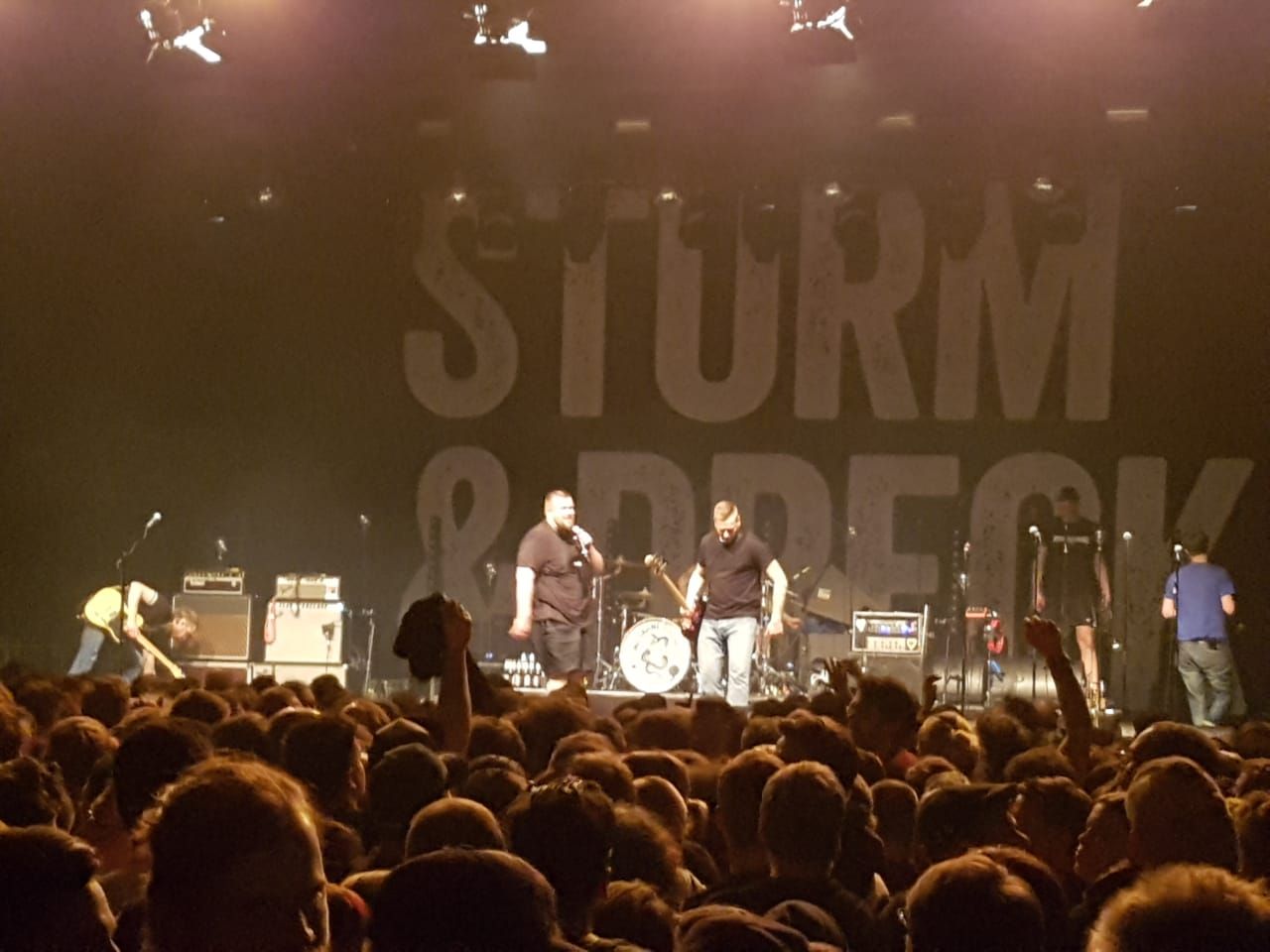 I will start by saying, there is no bad time with these guys!!!

This was their second show in Berlin in two days and they smashed it!

I always feel like there are at least 10 members to the band, but apparently they are only six: Jan “Monchi” Gorkow (Singer), Christoph Sell (Guitar and singer), Jacobus North (Trumpet), Max Bobzin (Trumpet), Kai Irrgang (Bass) and Olaf Ney (Drums). Their new album “Sturm und Dreck” brings more family related and appreciation songs than usual, but they kept their anti-facist status, going hard against racism and everything that is wrong with society. Throughout the almost 3 hour show, Feine Sahne Fischfilet played all their hit and new songs, making the crowd go crazy. No way you could keep still, or even in one place for that matter.

Special guests, such as “Monchi’s” little brother, his parents (as their new song “Niemand wie ihr” is about thanking the parents for being the best and supporting all the way no matter what!) and Campino from Die Toten Hosen ,  were brought up on stage to sing along some awesome songs.

The lyrics, the atmosphere and the trumpets together with Feine Sahne Fischfilet energy just gives you goosebumps and make you feel like part of a family, which I guess we all were for that couple of hours.

FSFF also took time to talk about the upcoming festival they are organizing in their hometown, Wasted in Jarmen!

In between songs the fun didn’t stay behind, as per usual, members of the band jumped from the first floor of the venue, followed by “Monchi”, quite a big guy. They were all carried by the crowd back to the stage, but not before singing a song in the middle of all the people. I was afraid and excited and worried. This was terrifying and awesome! I have seen the do it before, but it never gets “normal”.

My favorite part is still when FSFF starts sharing Pfeffi (a german mint liqueur) from a barrel!

Although they have become pretty mainstream this concert is a must if you, just as me, love the warm feeling of belonging in a place and all the chills you get from awesome performances!